Sathiko Sath Netherlands. This organization defines strategy, facilitates and supervises. It was founded on 4 March 2009 and has the ANBI-status, which means it is a government registered charity organization.

Sathiko Sath Nepal. This organization’s tasks are mainly executive. It was founded in November 2009, representing the parents and composed of parents. Since 2019 the organization in split in two boards. The Professional Board is the official one, taking care of control, finance, policy implimentation etc. It is listed with the District Administration Office as a Non-Governmental Organization and is registered with the Social Welfare Council of Nepal. On this basis, the foundation is acknowledged by the Nepalese government and is therefore exempt from taxes and other contributions required by law. The second board is the Parents Advisory Board, from where two representatives are also member of the SSN Board.

Sathiko Sath strives to achieve a balanced representation of men and women on the Nepalese boards.

Both foundations have their own boards and annual financial statements.
A summary of the Policy Plans (vs. oct 2020) is here to read. The full version is unfortunately only available in Dutch.

Both boards work along the formulated Policy and Procedure guidelines, to which we refer as Ways of Working Together.
Here you can find a number of policy items, plus there is a set of subjects where SSN-EC is free to decide or where SSN-EC has to consult the Dutch board. 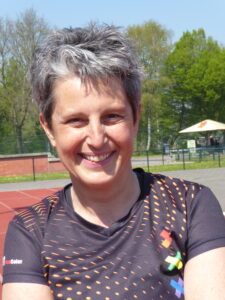 All Dutch board members operate on a voluntary basis and receive no remuneration for their activities.
At least once a year, one or more members of the Dutch board are in Nepal to attend Nepalese board meetings and carry out further monitoring tasks.

The Professional Board of Sathiko Sath Nepal
consists of nine members, two of them are representatives from the PAB and one from the government: De Parents Advisory Board of Sathiko Sath Nepal consists of seven members, chosen from the group of parents of our children. Our caretakers, -parents in Nepal, without them the hostel would not be there.